What is 3D Architectural Visualization? SEP.30,2020 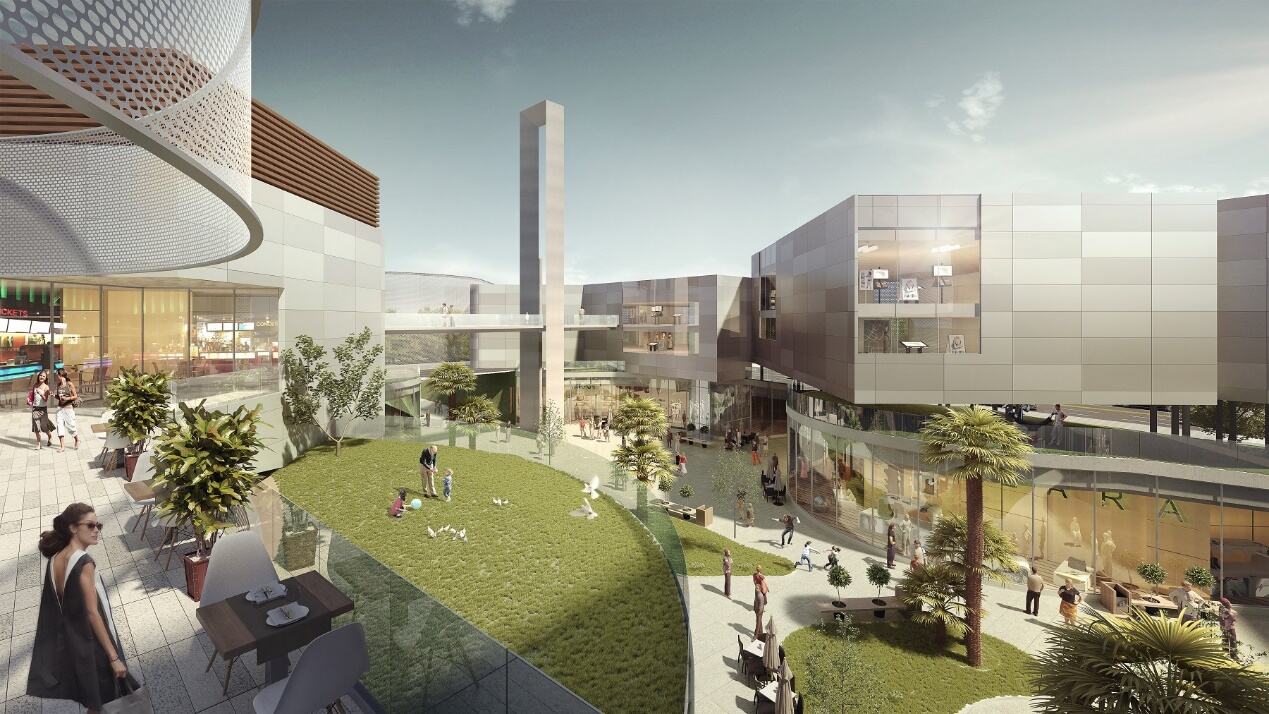 3D architectural visualization or 3D rendering has been applied in various industries such as gaming, film production, architectural designs, and real estate. What you see in breathtaking 3D or 4D movies, the immersing virtual environment while playing Adventure Games on PC, or fascinating advertisement images of holiday resorts, have more or less leveraged professional renderings to complete the splendors. For someone who is itching to require the skills of a 3D artist, potential clients expecting to know how rendering is produced or just an amateur, follow this article to unveil the world behind it.

Let’s start by learning its development from the beginning.

What is 3D Architectural Visualization? 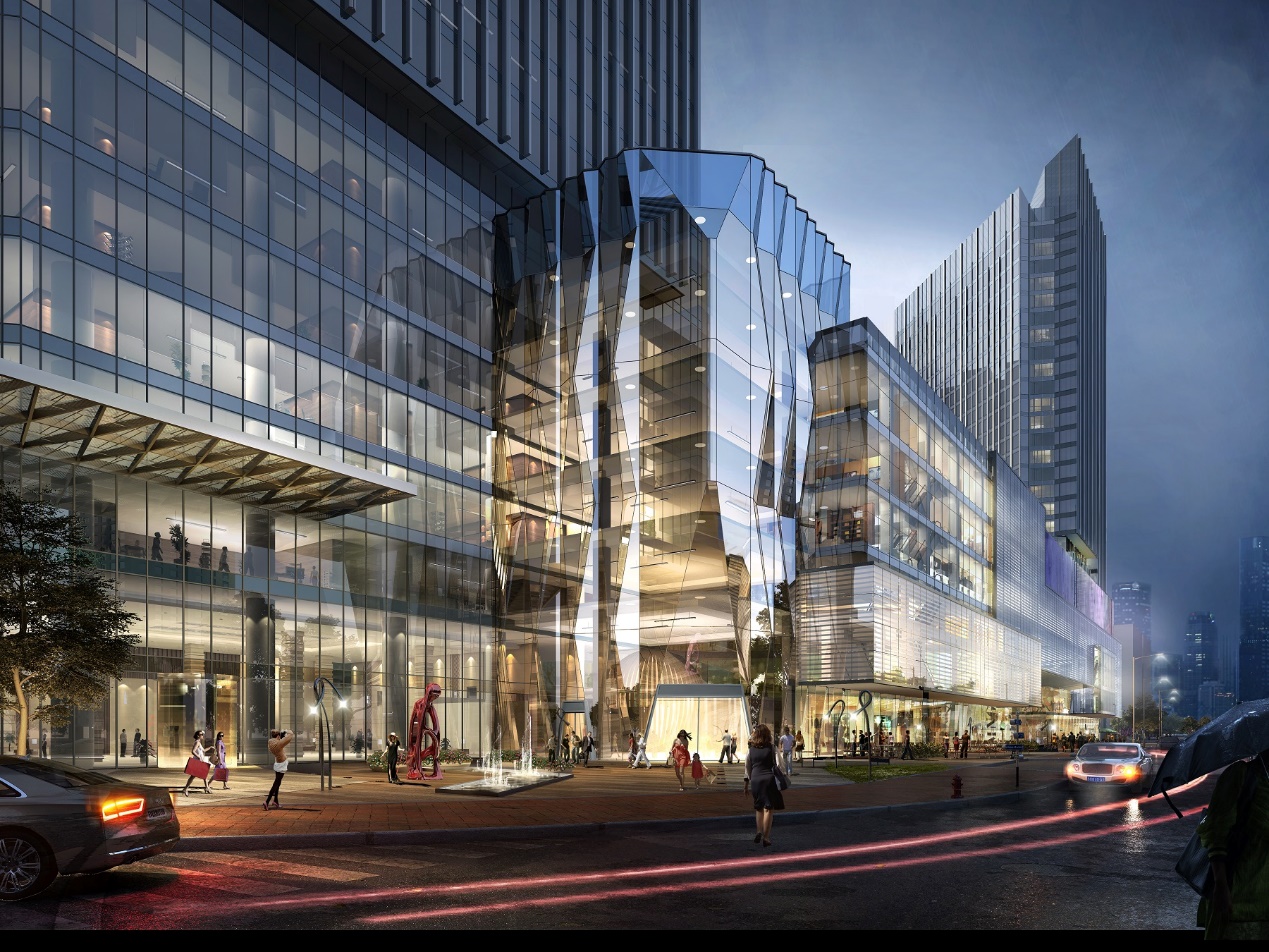 3D Architectural visualization is understood as an image, such as architectural designs, that representing a new structure before completed. With the development of technology, architectural visualization has improved from the simple two-dimensional to what we know today. Nowadays, we can create three-dimensional models of a structure by using computer software. Detailed textures, colors, and lighting can be easily added into an incredibly realistic image and achieve a beautiful result through different software. Moreover, it allows us to view the building inside and out.

Computerized 3D architectural visualization help communicate design ideas with client or investor who doesn't have much professional design knowledge. The visual images or a vivid 3D animation can directly and distinctly deliver the major information to the viewers. Rather than thousands of tedious words and piles of paper, the visually compelling images convey both the functional and aesthetic of the design to the target audience with ease, helping them to get the design highlights at the first glance.

3D Architectural visualization is familiar to many designers and even immerse in our life in some aspects. Believe to many people that the first earliest architectural plans were made in the ancient Mesopotamians and Egyptians over 4,000 years ago. Back to the ancient time, to build the grand and beautiful pyramids, the design, planning, and logistical execution was required, which are the pillars of architecture.

As time goes by, the simple floor plan unable to meet the needs as the society developed. It wasted a lot of time and money as you can know what the building will be only after it was built. In 1415, an Italians painted out the linear perspective, which was a three-dimensional depiction that creating an illusion of depth and space on a flat surface. The main elements of linear perspective are horizon line, vanishing point, and orthogonal. All parallel lines in a painting or drawing converge in a single vanishing point on the composition's horizon line. The development of this breakthrough greatly changed the way how the architect's design at that time.

In the 21st century, as technologies continued to improve, we come to the digital world where life becomes easier and more convenient, where we can exchange information and communicate online, where a revolution in all industries is taking place and radically change the traditional way we work. Architecture, itself, embraces a significant innovation by upgrading and improving. As the architecture design shifted from simple geometric drawing, physical module, to 3D architectural visualization. The freehand sketchings, 2D CAD drawings, 3D B&W drawings replace by computer software. There’s no doubt that the role of 3D architectural visualization is becoming more recognized as part and parcel of the field of architecture.

What is the 3D Architectural Visualization Benefits? 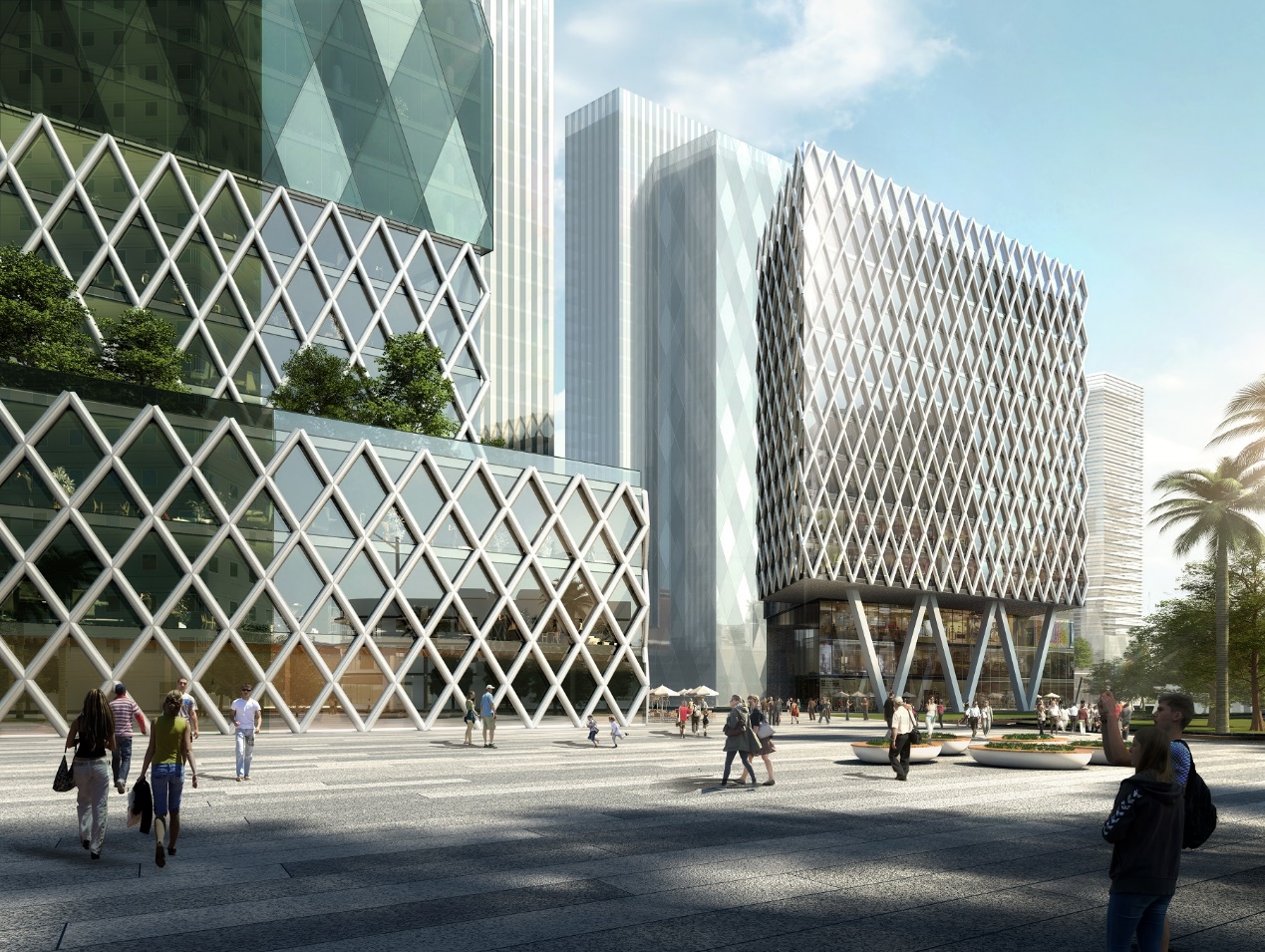 As for designing or marketing, it’s always important to have a visual image that clearly present and interpret the details and general construction for its viewers. An image speaks a thousand words. Lifelike 3D architectural visualization shows the lighting, texture, material, and other supporting details of the yet-to-build project. Now, take a look at some of its significant benefits

Neither than verbal explanation or drawing only gives you an idea of the overall planning, area, and dimension, the conceptional design can be painted in color, texture, lighting, and landscape, picturing a photorealistic image of the future building.

Making a detailed design is very time-consuming because there are many factors and date need to be considered. It's quite common to see that it took a few weeks or months to finish a design. But this situation changes.

3D architecture visualization formulates a better and faster method to cope with this long period of burdensome work. Now, it only takes a couple of working days to provide accurate photorealistic rendering that including interior furniture or exterior view with details and landscape. If you haven’t put the detail into the Sketchup model, that doesn’t matter. With the skillful and experienced 3D artists, they can render the photorealistic rendering by referring to the hand drawing.

To build a high-rise building or a luxurious villa, demands a considerable investment of time and effort. In that case, if change the design in the middle of construction, it wastes time as well as the money. But if you use the 3D architectural visualization before construction, it can help you to preview the future building and spot the mistake or unsatisfying part. In other words, looking at the renderings gives you a clear sight of this yet-to-built project, which gives a clear direction to head-on or make adjustments accordingly. In addition, if you or your investors don’t like the texture or design, you can change this part through the computer effortlessly. The modification can be carried out immediately. If you are not sure what color, furniture or accessories fit your design, there are multiple options regarding the design available for you. The 3D architectural visualization can be easily changed via computer programs in a short time.

How to come away with 3D rendering and the working process behind it? 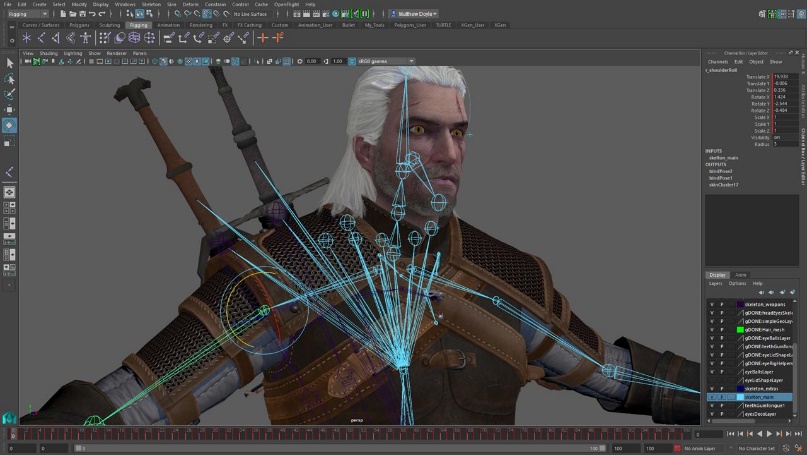 A modern render of the iconic Utah teapot model from Wikipedia

Now technically speaking, 3D architectural visualization or digital rendering is a process that combines several advanced graphic techniques such as rasterization and ray tracing, with which people create 3D models of polygons. Now that we have models, we then apply materials, textures, lighting, and all other details into the model. The former part is called 3D modeling, and the latter, 3D architectural visualization. Overall, this whole rendering process resembles a dream coming true. What one has imagined only in his brain and drawn in black and white can now become a reality with colors thanks to the computer and digital rendering techniques in the modern era. 3D architectural visualization, in other sense, is also a portal of the 3D world, where we let go of limitations.

3D Modeling——what is prior to creating fantastic images

As is mentioned above, a model is a prerequisite before commencing the rendering stage. The model here depicts is a 3D digital presentation of an object, integrating all types of data describing width, height, façades, and geometrical details. The primitives are cubes, spheres, while lighting, materials, and textures are of rendering. This fundamental element allows creativity to glow and sparkle. What is drawn as sketches can be transformed into a workable model from a technical perspective, no matter how ridiculous they may seem. The only limitation boils down to the ability to handle certain rendering software and program and to consider each different model under different requirements and also to choose them by their varied merits.

Common issues of 3D models and the normal modeling procedure 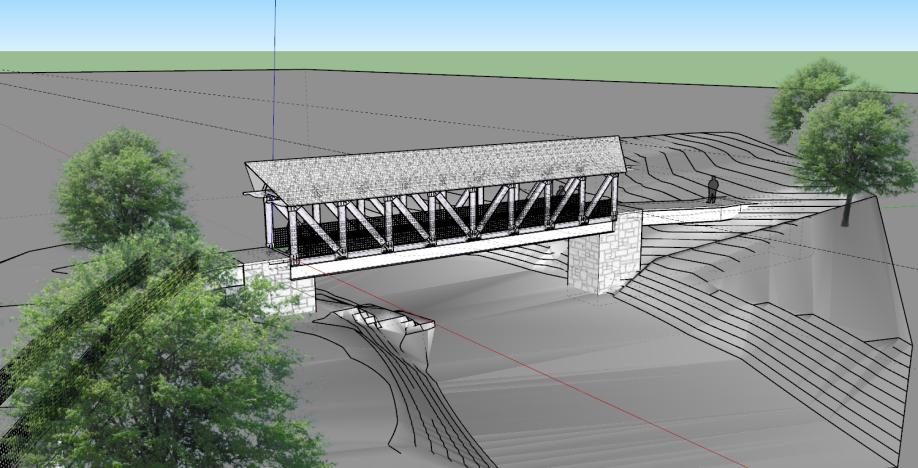 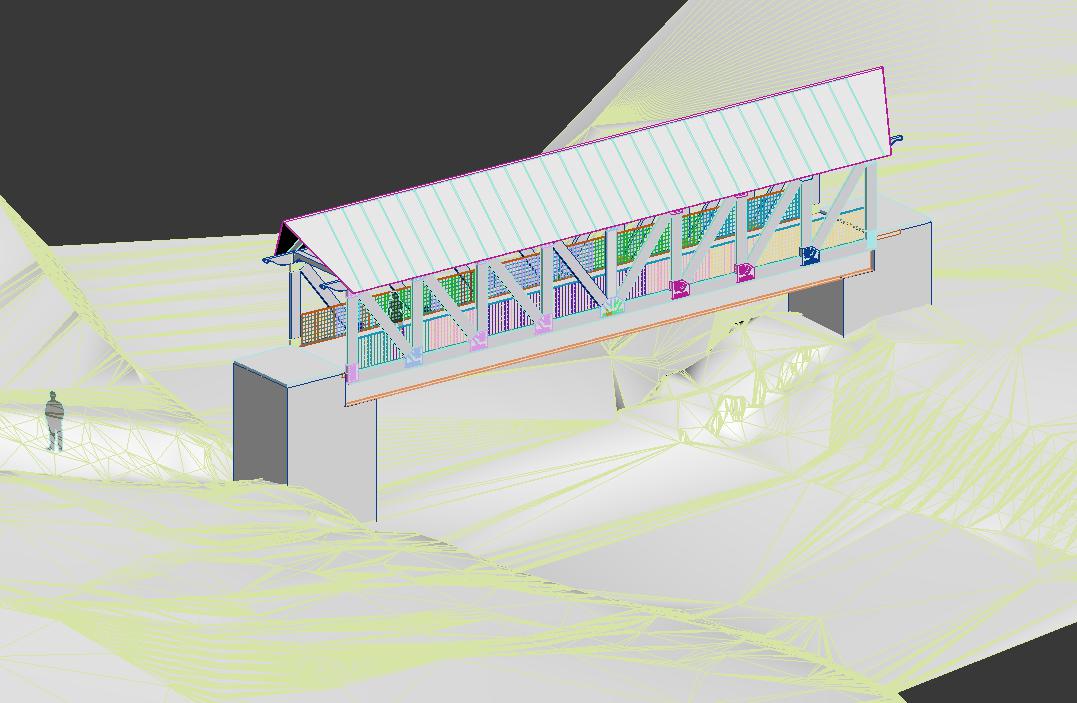 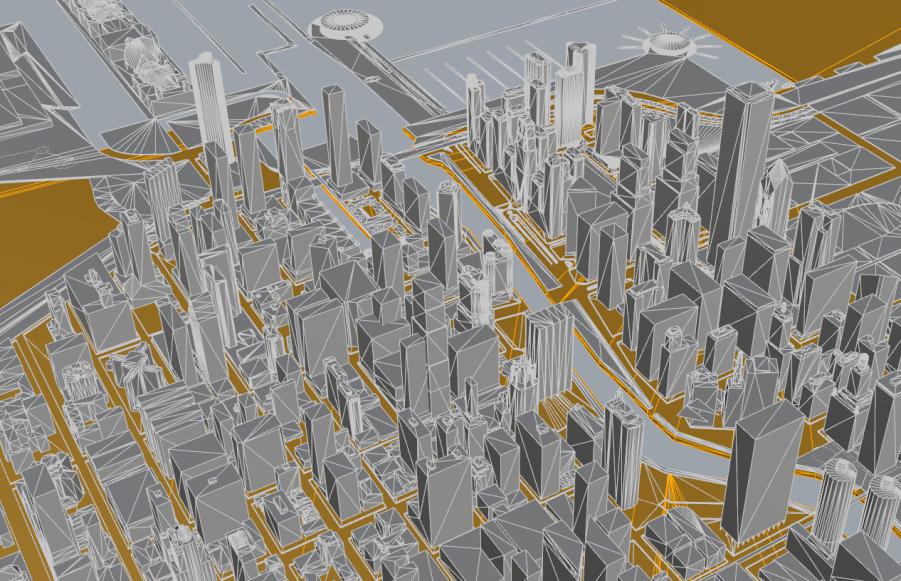 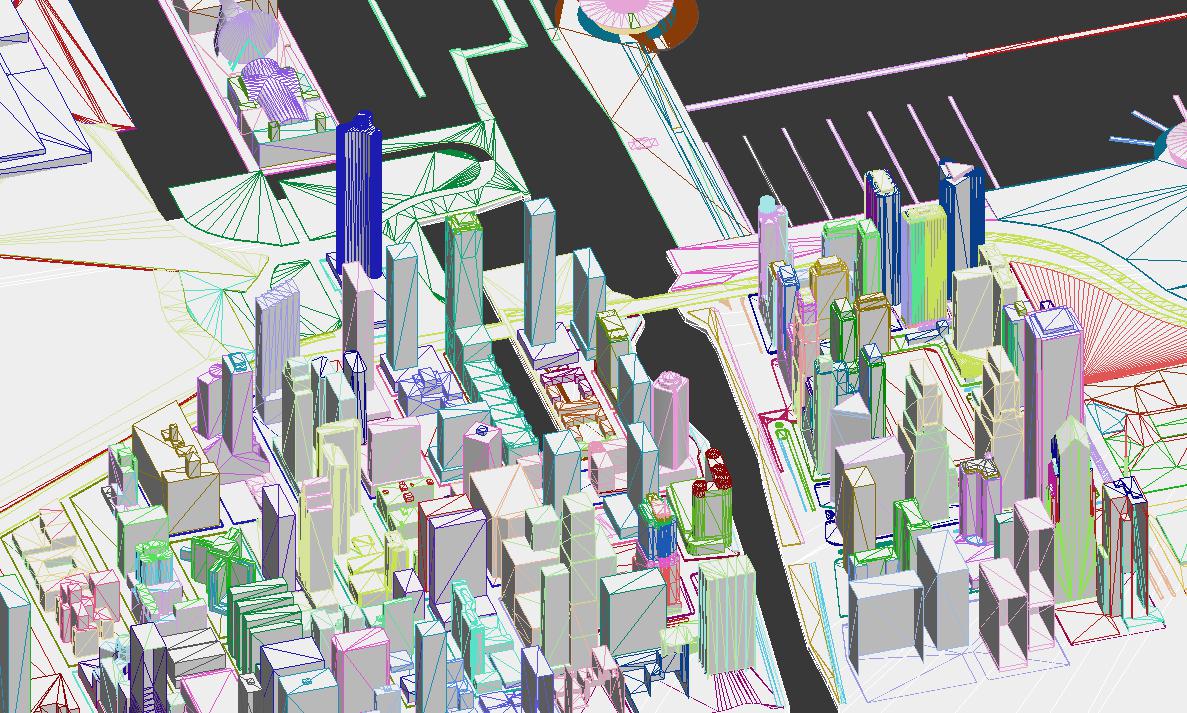 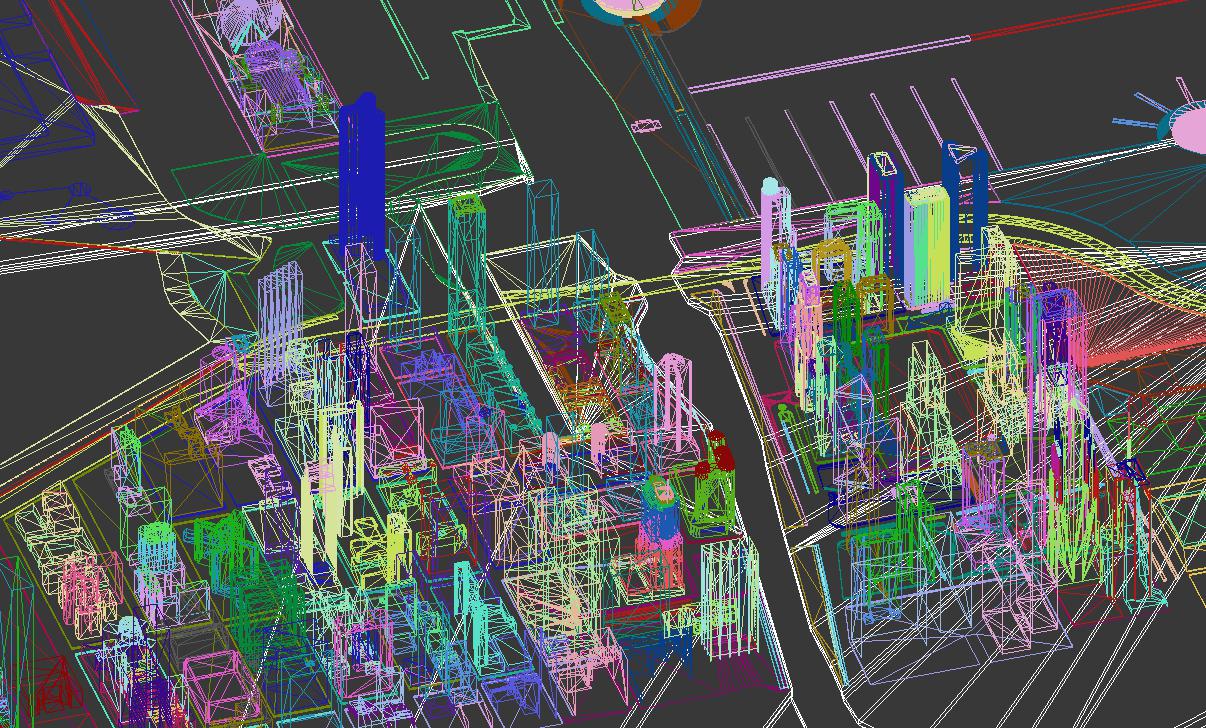 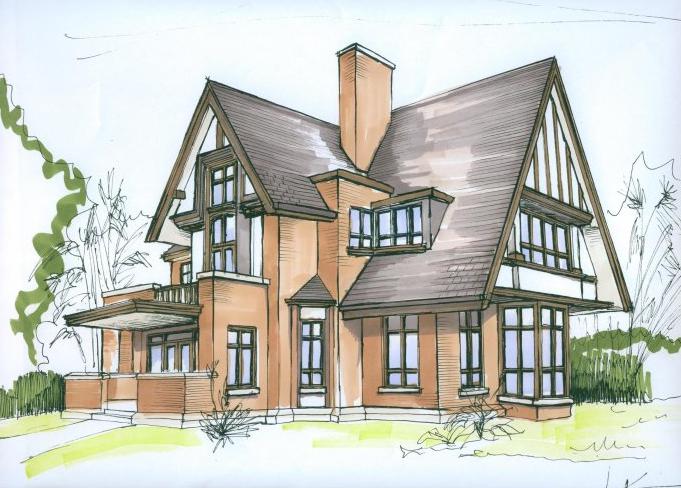 Treatment of Materials on the Models

The materials applied to the models are specified by the clients. Usually, the PDF file is a clear direction for most materials and texture, indicating that whether it's applying either for modeling or rendering. 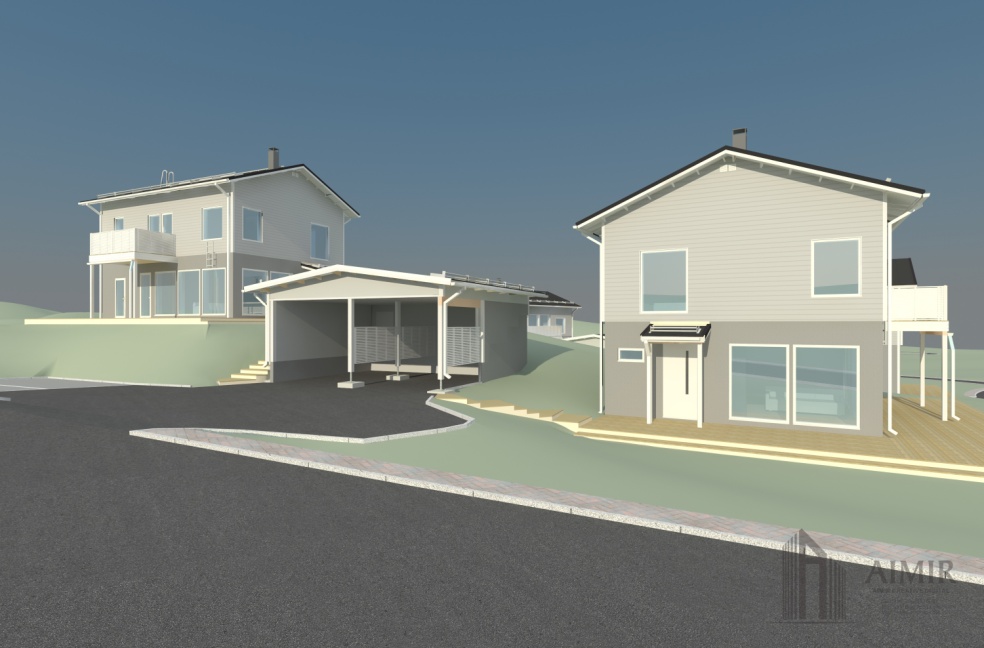 After the revisions (Feedback)

Modification of Lighting and Scene/Landscaping

An example of indication and comments on landscaping: 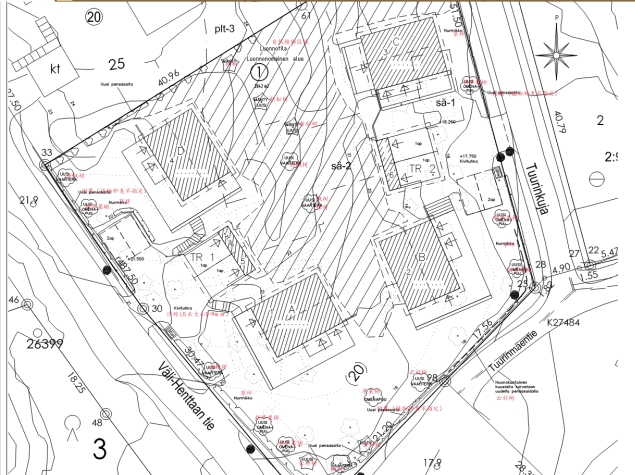 Reference and after the adjustment 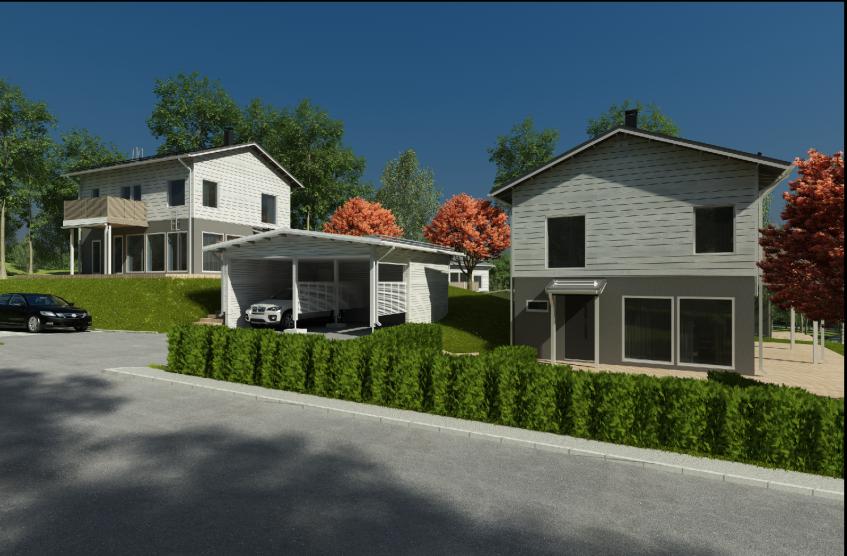 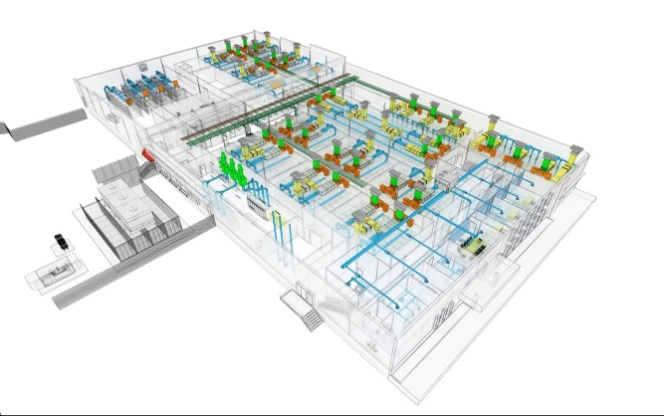 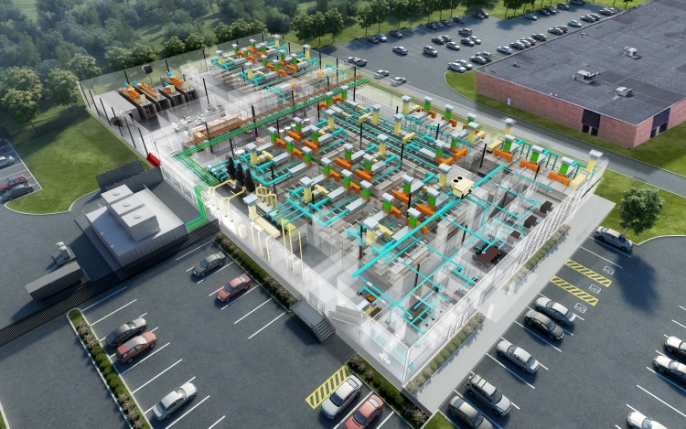 Once the desired lighting and scenes are completed, the final high-resolution image can then be outputted. Certainly, for those working on an assigned project, it should be done upon approval of the clients. Here we can see some parameters setting of V-Ray Render. Operators can consider setting different sizes with DPI 72 or 300, pixels, and other specific data.

This is a part decided in advance and agreed by clients, which means changes in any of the data may lead to another round of rendering and extra production time. Below shows an ongoing render. Usually, the estimated time of rendering for a 5000-pixels is around 3 hours. 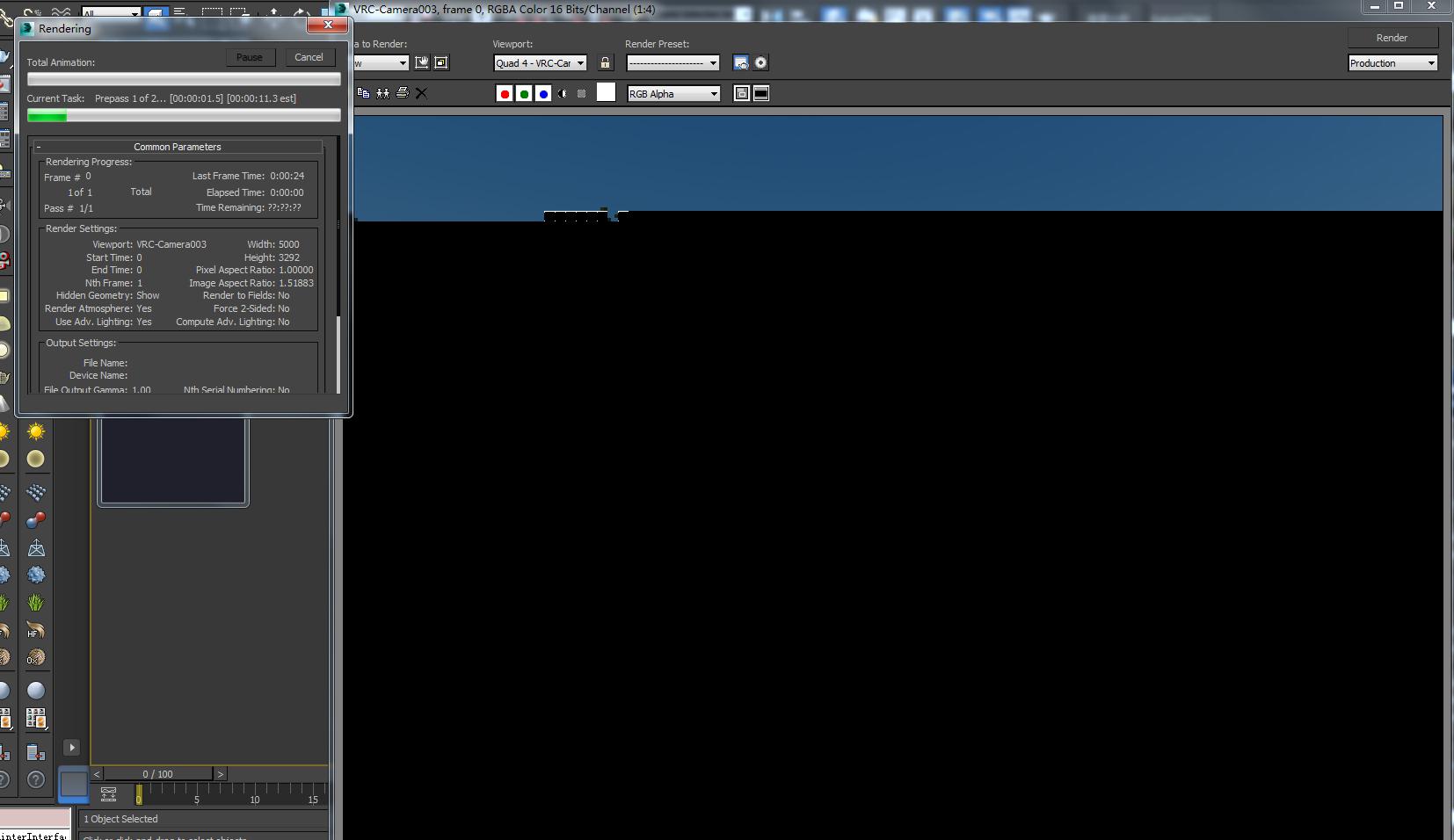 For special projects that include a large number of metals, glasses, and other hard materials that are very time-consuming, time for outputting could increase tremendously, some needs around 12 hours, and the worse can go up to some 40 hours. For this reason, all the views, models, lighting, the landscape should be settled before outputting the final images in order to well satisfy the deadline.

Post-work On the Outputted Images

The final stage for visual rendering is post-work, specifically referring to Photoshop. In this stage, colors for the sky, furniture, landscapes, textures, and details of the entire images are adjusted to achieve a better outcome. Operators will leverage their own understanding of the concept and design, as well as comparing the references to make the final modification. The final image (after post-work) 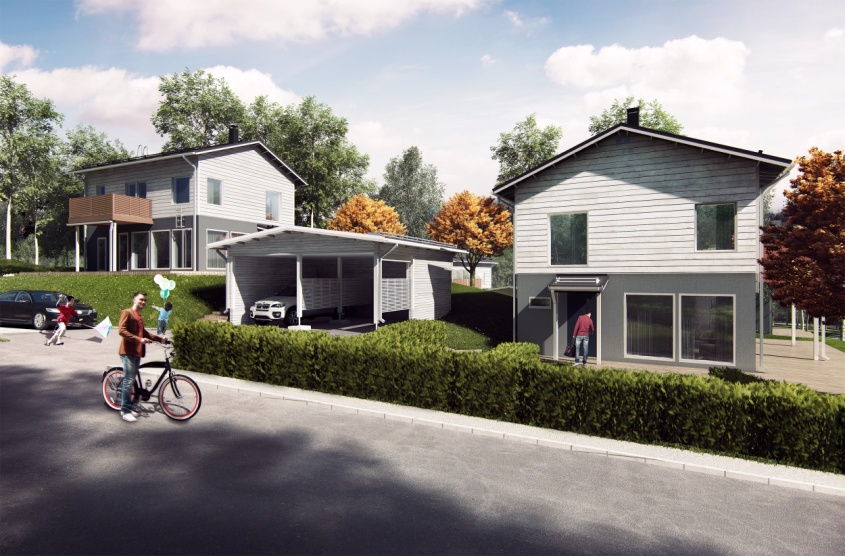 For post-work, the duration will be around three hours for the examples shown. If you are working on simple and slight changes in colors and textures, that shouldn’t cost a lot of time given with proficiency in photoshopping.

How to properly estimate the workload of 3D architectural visualization?

To properly calculate the time for production, we have to review the project information first. Prior to all, we need to know what types of 3D architectural visualization are the clients looking for. A reference is given as below(difficulty decreases from top to down): 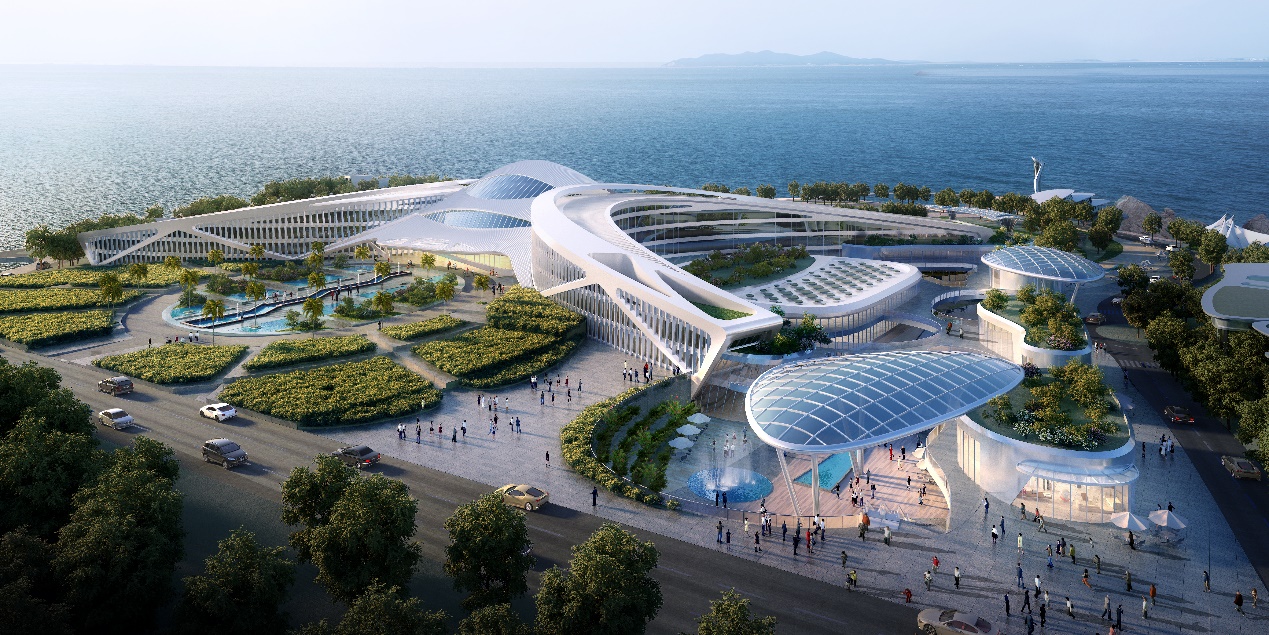 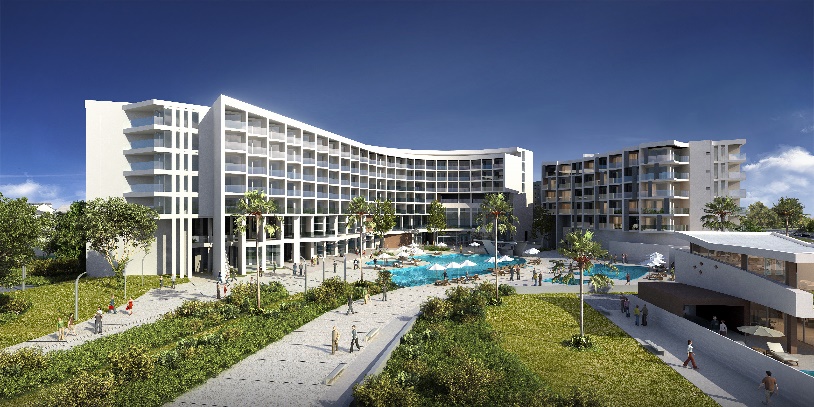 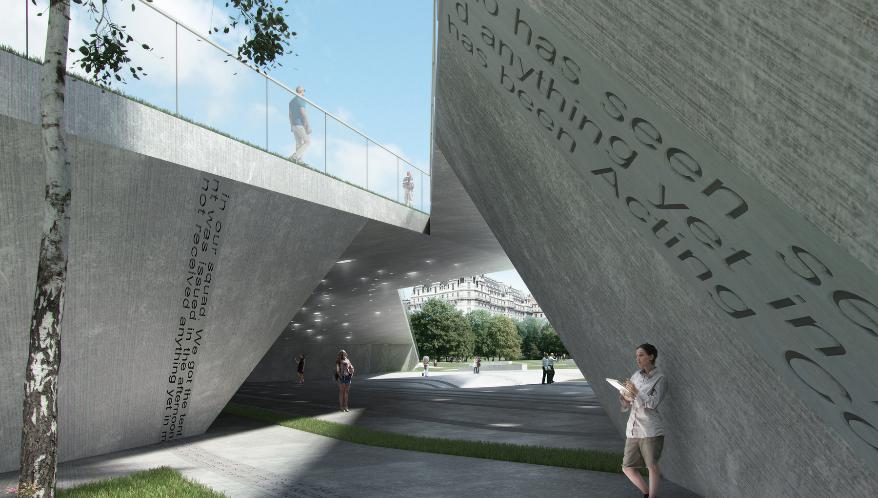 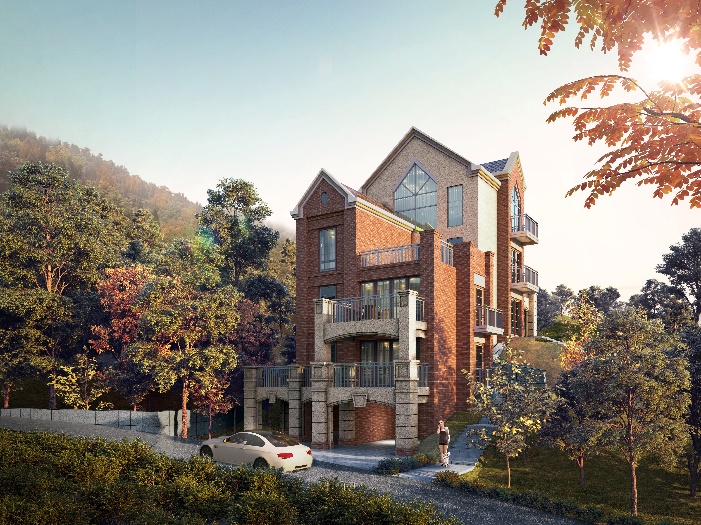 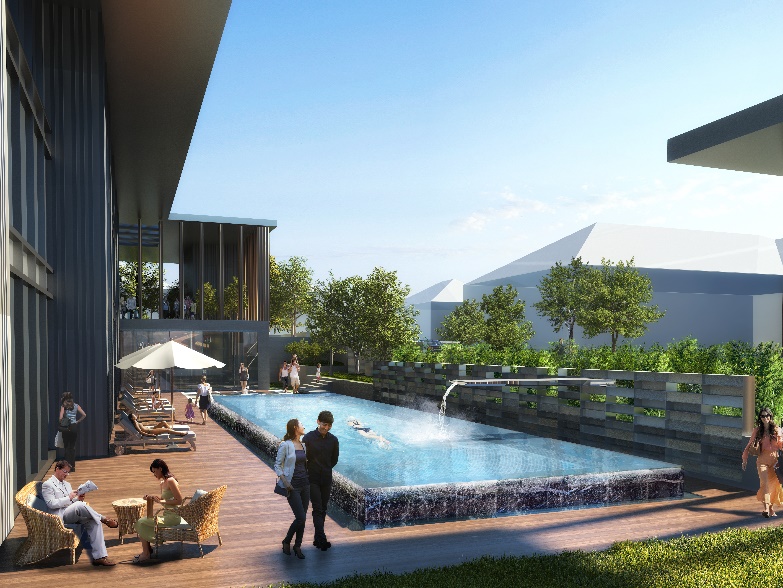 Secondly, we have to evaluate the effects that clients expect to achieve, including the context and landscaping. Normally, the more demanding in the accuracy of context, the more difficult and the longer time it will take to finish a project. Specifically, accurate modeling according to the references or Google Map can rather scale up the efforts but yields better results.

The above two stages have mostly defined the workload throughout the entire working process. But variables lie in revisions and adjustment later. Clients' feedback sometimes crowds in and may include a number of model changes, which will increase the production time. We have to understand that many rounds of back and forth can escalate a prolonged process by capricious comments.

To facilitate the working process, project managers have to reconcile with clients and remind them of any possible consequences. They have to stay posted for every stage and keep a well-tuned communication with one another.

The implement of 3D architectural visualization has been rather wide and wild in a large number of industries, and it is still developing to meet more and more demanding needs on the quality and realistic effects. So long as we pursue the unique ideas unveiling itself in our imaginations, we can picture them and even realize them with the help of digital programs and related techniques that of fantastic edges. Enjoy the article and explore the world around it to facilitate your business or working process! 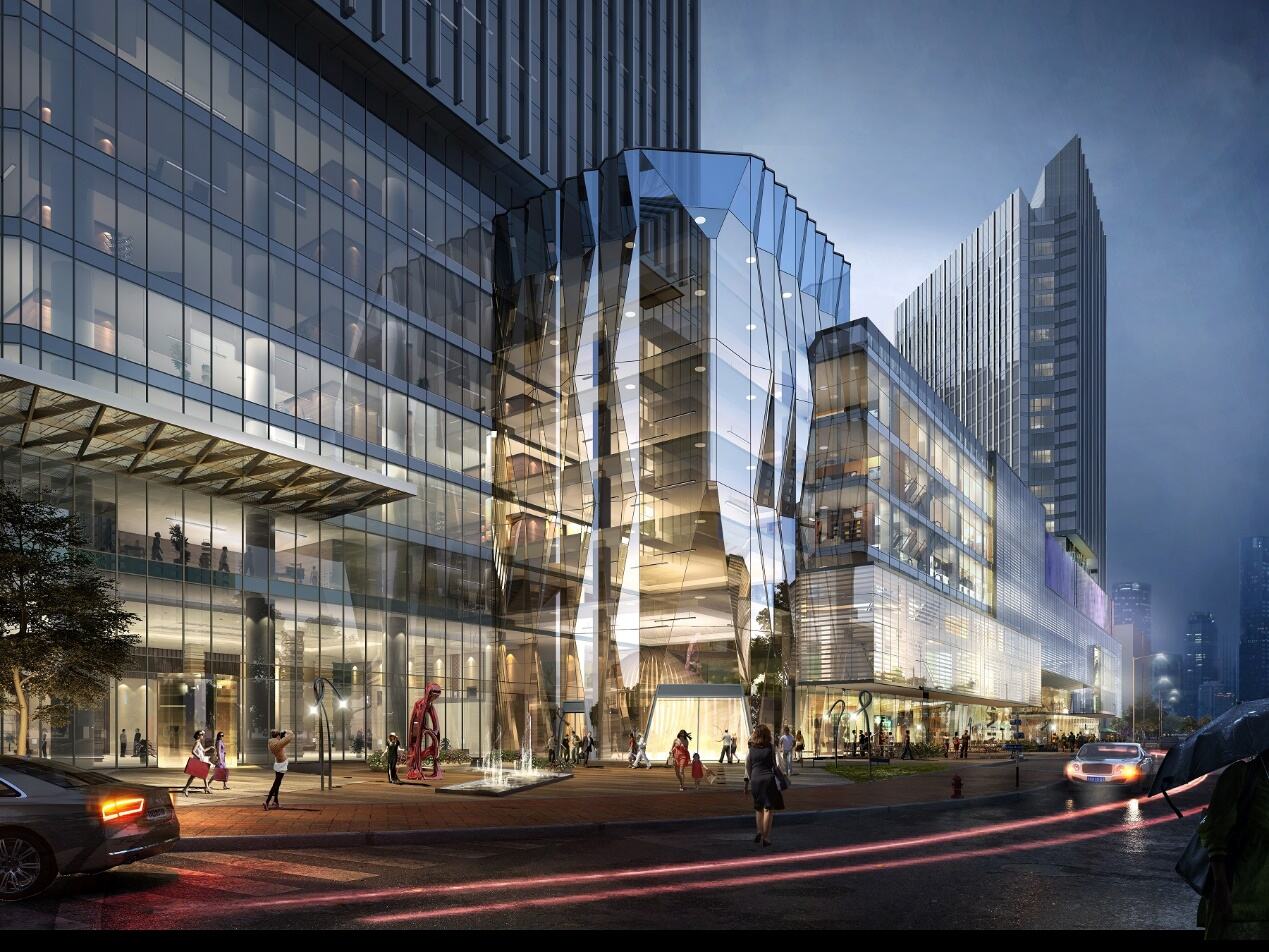 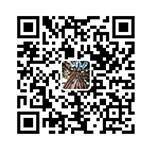